Commentary: The War Right Underneath Our Noses: The War Against the Flying of the American Flag, It’s Real…

But it’s a war that continues to be ignored. Perhaps because it’s a war on the American psyche and not a war with guns and rifles in the traditional sense.

Like “Tokyo Rose” whose job it was to continuously demoralize American and allied troops during World War II, the politics of demoralization are the same, to discourage, to weaken, divide and conquer.

The singular objective of the flag burners is to demoralize the American people, attack the American psyche, pick away the U.S. Constitution and ultimately disarm and reduce or eliminate our Constitutional Republic.

For all it’s deficiencies, shortcomings and numerous other sins of the founders, Americans have nonetheless been able to throughout the years impart an American system of shared values:

The American dream, freedom, home sweet home, the work ethic, capitalism, our Judeo-Christian faith all define America; all part of the shared values which became known as the American melting pot.

Immigrants wanted to be Americans.

They learned the language.

They proudly called themselves Americans, worked hard and prospered.

These Americans proved their allegiance to America. 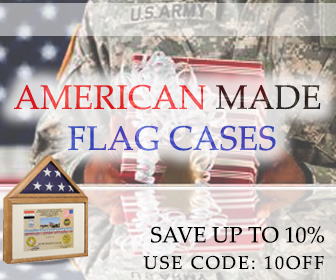 When called upon to serve they answered the call and sacrificed for the Republic, so that we could ALL enjoy the Freedom of being American.

This allegiance to the Republic has been remarkably preserved throughout American history, thousands have fought, participated and sacrificed in Wars involving our nation and wars to help and rescue our allies:

Consistently, throughout each of these wars the American flag has served with our military as our national identity representing the USA, Americans and freedom.

Patriots appreciate the playing of our national anthem. And it’s a beautiful scene to watch the flying of our American flag.

At the Olympics, in sports, when our President travels to other nations on official duties, these are happy times to take pride in the flying of our flag…

The American flag honorably hugs and wrap the coffins of our brave fallen heroes. As Americans we should stand and put our right hand over our hearts – it’s called respect and honor, it’s the least we can do.

Are you repulsed that somewhere down the line the Progressive Democrats are trying to press the delete button on our shared American values?

It’s their attempt to dislodge our national unity and replace it with diversity, racism, identity politics.

The flying of the American flag offends them.

The anti-American spirit is the opposite of the patriotic and harmless act of the Flying of the American Flag.

They want to get rid of our flag and replace it with anything, except our American flag. They want to make it a symbol of hatred and racism which has no foundation and basis in our flag.

You’ve seen them on the news on tv and seen the pictures of these people burning and abusing the American flag.

The American flag is not just any piece of cloth, it has been for more than 247 years a symbol of our Constitutional Republic’s “national unity.”

And perhaps that was the reason why the United States of America has been referred as a “melting pot.”

Immigrants came to the United States of America, but they adopted the USA as their own country and assimilated into it’s culture.

They wanted to be Americans.

Born elsewhere without a choice, they became Americans by choice and eagerly identified themselves as Americans.

Their allegiance was to the USA. So, don’t you dare say everyone is an immigrant.

When called upon to serve their country they responded. Their allegiance has been remarkably preserved throughout American history.

The number of American men and women who served and responded to the nation’s call during these wars is astounding; less than 1 ½% of the total population has ever put on the uniform.

Nonetheless, they served and made the ultimate sacrifice for their nation.

Today, fewer than 20% of the young people are qualified to serve, for reasons of obesity or other physical ailments.

One thing remains clear, throughout each of these wars the American flag has served with our military as our national identity representing freedom.

As imperfect a nation as we may be, the American flag has been the singular symbol for our military and our national identity. Our national anthem has been played in conjunction with the raising or flying of the American flag, in the Olympics, sports, when our President travels to other nations on official business.

In it’s tangible form, the American flag is really the actual physical body of our Republic – that is, everything that it stands for into one physical symbol.

The U.S. Supreme Court in 1989, in the case of Texas v. Johnson, claimed that the burning of the American flag is “symbolic speech,” and is therefore entitled to First Amendment protections and freedoms afforded under the U.S. Constitution.

Nonsense! I say this is sheer nonsense!

There is no justification for burning the American flag!

The American flag represents everything that is American, our Constitution, the Bill of Rights, freedom, national unity, our American identities…it is therefore “symbolic speech.”

Flag burning is hate speech and if you want to call it symbolic speech, call it what you want, it’s not entitled to first amendment protections.

Occasionally, someone will stand up for the flag, to keep it from being completely destroyed and burned!

The rescuer is usually an American veteran or a family member of a fallen hero who paid the price for that flag with his or her blood, sweat and tears.

Inevitably a brawl will ensue.

And if and when the police are present, the police will fight to defend and protect the flag burning rioters, not the flag rescuers.

But, as soon as an American patriot respectfully starts flying the American flag, then there is outrage, protests, and lawsuits.

Why is it that flag burning seems to be the preferred method of protesters to express their disapproval of the Republic, albeit cloaked under expressing disapproval of national policy only?

Never mind that the American flag is being flown in its own land, the Land of the Free, the United States of America.

We are at a point now, where anyone can fly, respect and honor any other flag except our own American flag.

It’s a War Against the American Psyche, to lower American morale, get rid of our flag, to make us lose focus and direction, it’s all about protecting and respecting everyone and anything else EXCEPT our American history and culture.

If the unbridled unrestrained burning and desecration of the American flag is allowed to continue then the legislature and the judiciary bodies shall have to apologize for ever having imprisoned Tokyo Rose.

This post is dedicated to all our service men and women in the military, thank you for your service!

12 thoughts on “Commentary: The War Right Underneath Our Noses: The War Against the Flying of the American Flag, It’s Real…”