It’s Not Armistice Day, It’s Veterans Day In The U.S.A.!

Do you have a problem with that? Well this guy sure seemed to have a problem with that…despite claiming to be a “veteran” and that he “served” in Iraq. When he “saw” “civilians getting killed,” he claims, that’s when he became a “conscientious objector.” I didn’t like the implication of that then and I still don’t! And by the way, it’s not Armistice Day, it’s Veterans Day in the U.S.A.!! (Video Below)

Waaah! The “conscientious objector” was wearing what appeared to be the insignia of a Staff Sergeant.

Alright, so he said that he is a “conscientious objector,” while claiming to be a “Staff Sergeant.” Isn’t that a bit of a (Giant) contradiction?

…The guy was either confused or he clearly missed the purpose of Veterans Day!

Rambling he said, “…I prefer to call it Armistice Day…”

“Not Veterans Day”… because he said, “it’s not for veterans.”

“Veterans day,” he said, “…is just to make the politicians feel good about themselves, to lessen their guilt for sending somebody else’s son or daughter to fight their political war.” Aaahhh, I almost agreed with him on that one, but I didn’t and I won’t!

Dude, Veterans Day was not created by politicians…

To say it was, gives credit where credit is not due…AND robs real veterans of recognition for their sacrifice.

There are always wars or battles going on in some part of the world, whether we realize it or not.  Some are fought on a worldwide scale. Others are more narrow in scope, these are fought on a personal level, for example, lawsuits, malicious prosecutions and persecutions, you get the picture.

The war or battle of a nation, has the potential to cause a wider level of damage than a personal legal battle of the type found in a lawsuit or in malicious prosecution or persecution. Understand that when you are a litigant that has been falsely accused, the damage can be detrimental.

Still, the trauma or damage in the military can be fatal. Thus, more severe than litigation. In a war, someone’s child, husband, brother or sister might not make it back home alive.

Many don’t understand this because they have never experienced the loss of a loved one in the military.

It is an unimaginable painful experience.

You can come back from a legal battle alive and in one piece, even if limping and with your clothes torn.  Yet, it’s still easier to survive.

In the U.S., we have for the most part lived in relative tranquility due to the sacrifices of our enlisted servicemen and women.  Although that is changing, thanks in part to our immigration laws and lawlessness – (hear the sarcasm?)

The battles have been fought elsewhere.  Americans have thus been sheltered from the shell shocking effects of war, except for the men and women fighting in those battles.

Those returning from a war zone, have been inevitably changed, emotionally and physically.

Many of these veterans require lots of healing and care… some requiring extraordinary surgeries and therapy.

Have you ever seen a handsome young man with an arm or a leg missing, where once for example they were the star of their football team?

These are some reasons why our veterans have earned and are worthy of respect. (Video Below).

Veterans, unlike some civilians, don’t go around burning the American flag or otherwise attempting to protest and disparage the Stars and Stripes, our country and our anthem. They understand that is not freedom of speech.

Alright you’re saying, the Revolution and the Civil war were fought here in our front and back yards.

But, I doubt any Americans from that century are still alive here today.

I haven’t seen or met any walking or talking, yet. Have you?

There are still many veterans left that served in the more recent wars and
battles of our time; WWI, check. WWII, check. Korean war, check.
Vietnam war, check.

Though, with the passage of time, even these are becoming distant wars with which many have no recent connections.

More recently, there is the war in Iraq, check. The current war in Afghanistan, check. And I think somewhere in a place called Niger, too. Yes, there are still war zone areas that are very much alive.

So while you’re enjoying your NFL football game or frolicking here and there, remember it’s all possible because our veterans and our active duty are doing their best to keep you safe.

All throughout, our American military, the Air Force, the Army, the Coast Guard, the Marines or the Navy, our enlisted men and women in uniform, have dutifully, bravely and unselfishly responded to the call of duty.

These men and women are some of our best and brightest… they are not “killers,” and they do not specifically target vulnerable and helpless civilians.

Our servicemen and women deserve to be respected and honored.

That’s why when the guy said he became a “conscious objector” because he saw, “Civilians getting killed,” he sent the wrong message about our military and it was offensive.

Particularly when those words were uttered by someone who represented (or perhaps misrepresented) himself as a “Veteran.”

And have you ever noticed, how they never say, Servicemen/women getting killed by civilians”?

Let’s get one thing straight, our military, our Veterans, and those on active duty don’t create wars.

They’re not warmongers and they like most people in the Western world don’t relish the idea of loosing their life. They too have feelings and emotions, fears and concerns.

But they don’t run away on account of their feelings or fears, hiding behind the curtain of a “conscious objector.”

Our servicemen and women do their duty and fight wars for freedom, for peace … and it’s because of their sense of loyalty to country that we as civilians can go about our daily business without interruption.

You may or may not agree about the war in Iraq or any other war, but that is completely separate and apart from our
Veterans.

Our Veterans are one thing.

Who started a war and the reason for a war are totally different animals. (With apologies to the animal kingdom).

Our veterans and our active duty enlisted men and women are the ultimate American patriots!

As humans, they’re not perfect, but they are men and women of honor, dignity and duty to country and to humanity.

The least we can do is respect and honor them, recognize them for their service especially on Veteran’s Day. (Video Below).

Ever notice how colleges and universities hand out what they call honorary degrees to people that have earned nothing?

It reminds me of the awards and certificates you can get from the bubble-gum machine for 50 cents.

Do bubble-gum machines still have that?

I remember when it used to be a dime a dozen (hah hah).

More recently the war in Iraq, Afghanistan (and even Niger) some gave it all and came back home to their loved ones in a casket.

Others, have come home maimed, where they were once vibrant, strong and healthy. Yet, never complaining, never condemning.

Veterans and our active duty men and women serving honorably are easily distinguishable from people who don’t know the meaning of service and commitment to country.

On social media you see images of those who have never served acting tough when attacking unsuspecting bystanders for no legitimate rational purpose whatsoever.

A bearded, bespectacled man attacks an unsuspecting lady peacefully exercising her freedom of speech. The man strikes her with a round-house kick to the head. A cowardly act indeed, irrespective of whether the perpetrator was a man or a woman.

Is that a tough hombre, worthy of respect? Perhaps his mom never spanked him enough…

So, does it appall you that the “staff sergeant” said absolutely nothing about these acts of terror being committed against civilians by civilians?

And what of the crimes committed by civilians against servicemen and women?

The “staff sergeant” didn’t become a conscious objector on account of something like that, he probably never even thought about that…

Nope, he became a “conscientious objector,” allegedly because of “civilians getting killed,” in a war zone during a war …..

That’s how the staff sergeant honored veterans on Veterans day because he doesn’t approve of Veterans day. He believes in Armistice Day, since it’s…

The day he said we stopped killing each other….

You see on November 11, 1918, long before this staff sergeant was even born, the world “stopped” killing each other briefly, or so they say. But it was a temporary cease fire of World War I.

When The Treaty of Versailles was signed on June 28, 1919, World War I, was officially over.

And remember from your H.S. History class, the U.S. recognized Armistice Day, in November 1919, and it was celebrated with Parades and other festive activities.

But, it was only until 1938, that Armistice day officially became a Federal holiday to be celebrated each and every November 11, it was dedicated NOT for our veterans, it was “dedicated to world peace…”

Thanks to the efforts of other Veterans, who lobbied to change armistice day to Veterans Day, we now have this federal holiday, to honor those that gave it their all and recognize those who survived.

So every November 11th, is Veterans day here in the U.S.A., when we remember and honor those that did not return home.

We rejoice with all our veterans who survived, we honor and thank all of you and our active duty men and women in all branches of the military who have served and are serving honorably.

You’re blood, sweat and tears, have made this country great! 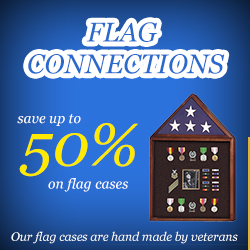 And on this Veterans Day, we commit this day to you. So enjoy the thank you’s and the accolades, and other nicetiesthat those who are grateful may bestow upon you for your service, you have earned it!

To summarize, Veterans Day was born out of a desire to recognize our heroes, our men and women in the military! It was created by Veterans for Veterans and for those on active duty.

Our real Veterans and those serving honorably on active duty, are NOT warmongers, are NOT “terrorists” and don’t go around viciously attacking and killing unsuspecting civilians… to imply otherwise is utterly reprehensible.

Our veterans and our enlisted men and women are the best of our best.

They are peacekeepers, helping and restoring civility.

Thank you to all Veterans and all on active duty. God bless you all!